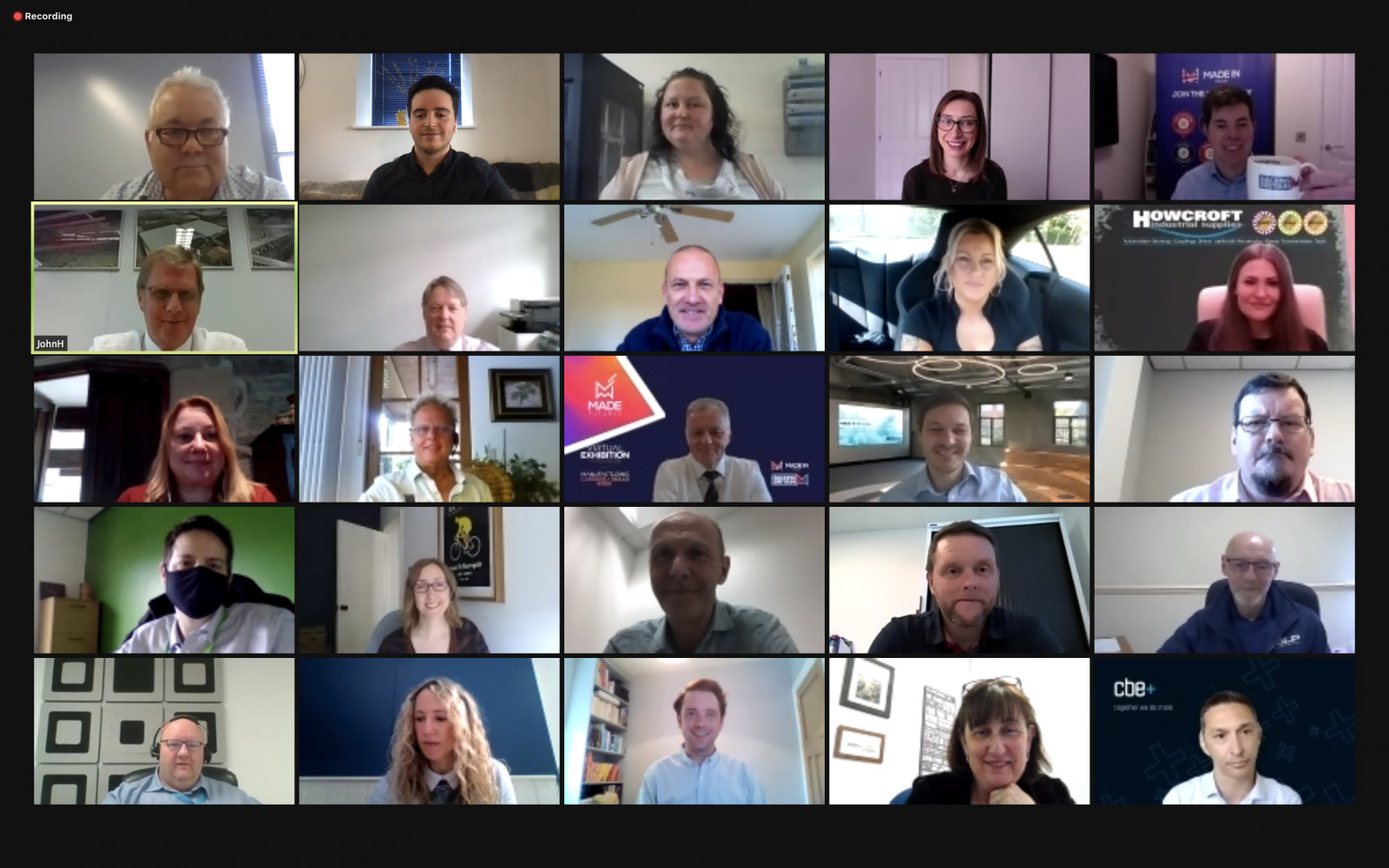 This week, on Wednesday 12th May 2021, CambridgeHOK hosted a Virtual Breakfast Morning event with Made in Yorkshire members.

Made in Yorkshire CEO, Jason Pitt, began the event by sharing his screen and giving members a glimpse behind the scenes at the brand new events features which have just been launched.

Following this, Tim Haworth began his presentation to attendees, which focused on what was a mammoth project for CambridgeHOK last year. CambridgeHOK were selected as the build partner for Dyson Farming - Britain's biggest privately owned farming business - for a new multi-million pound state-of-the-art indoor strawberry production facility in Lincolnshire.

Tim began by detailing the history behind this project at the Carrington site and why glasshouses are opted for here. Tim explained that there are multiple benefits to glasshouses, for example, climate change has brought about a big issue in crop uncertainty - with extremely dry and wet patches being seen throughout the year - which makes traditional outdoor farming far more risky.

With site works commencing on March 1st 2020, Tim went through the major steps of completing this project. Virtually the entire project was completed throughout the pandemic, however, Tim emphasised that there was not one confirmed case of Covid-19 on the site during this entire time.

At the beginning in March, the site was levelled and culvert rerouted, before piling mat was laid and the piling commenced. The glasshouse was soon then erected, with heating being installed also. The LED switch on was a big step in the completion of this project - which is of course vital for tricking the strawberries into feeling like it’s spring!

With the service building starting to come to life, it became clear that the initial plan had become reality - with what they designed having ultimately been delivered (with of course a few minor changes along the way).

Quite poetically, it was exactly 1 year (365 days) from the site commencing on March 1st 2020, to the first strawberry being harvested on March 1st 2021. With CambridgeHOK being able to literally see the fruits of their labour in this massive project.

Tim then showed and narrated over a short video, to visualise the project for the Made in Yorkshire attendees at the Virtual Breakfast Morning.

After questions were asked, attendees were sent off into smaller "Breakout Rooms" to network, socialise and discuss common challenges and solutions regarding current UK industry trends. Attendees are typically sent into 12-minute breakout groups consisting of 4-6 members each.

A longstanding member of Made in Yorkshire, East Yorkshire-based CambridgeHOK specialise in the design and development of automated vertical farming centres and commercial glasshouses. Find out more.

Welcome to our microsite, please tell us your name, company and email to chat with a member of the team.